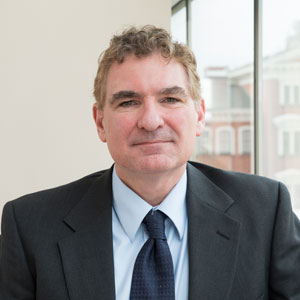 As with most companies, the State of Nebraska has a copy of our data backed up nightly at an offsite location. Routine data backups can be used in a disaster recovery situation, but will they actually cover an organization’s needs during a catastrophic event? Likely not.

Data backup and disaster recovery are not the same concepts. In disaster recovery- servers, operating systems, external and internal connections, storage- the recovery environment must already be in place. The recovery environment must reflect the production environment. People, processes, and tools must already be in place, or will, unfortunately, be decisions that are dealt with for the first time, in the middle of an outage or disaster.

In the past two years, we have read about outages that have lasted days. Delta Airlines and British Airways data center outages lasted nearly three days each and cost more than $100 million in lost revenue.

After decades of taking the siloed-data center approach, the State of Nebraska simplified its IT infrastructure with consolidation. Consolidating the infrastructure in two data centers, saved the State $4.5 million in the first year, and made massive technology service improvements. The State was able to eliminate an obsolete disaster recovery site and more than a dozen data centers in favor of two, active data centers. The principal reason for doing this was improved service availability. A disaster recovery site would recover quickly and ensure continuity of operations with minimum impact on customers. While it was ideal to recover all applications as quickly as possible, the recovery process had to be prioritized with the most critical applications and services.

Critical applications such as those that were hosted on the State’s Mainframe had to be accessible at all times for the State to efficiently serve its Citizens. The State of Nebraska implemented a design that allowed its mainframe to move from the primary site in Lincoln to the secondary site in Omaha, in case of a failure at either site. In April 2018, not waiting for a disaster to occur, the State proactively moved between sites to ensure the citizens of Nebraska could access business-critical applications at all times, with limited interruptions or downtime.

Since installing an all-flash solution, the Nebraska CIO’s office gained the ability to virtualize 90 percent of its servers. Proprietary Operating System has helped alleviate the lingering skepticism from the State’s consolidated agencies, particularly because of its backup and recovery capabilities. Deploying a storage Disaster Recovery solution between Lincoln and Omaha allowed the state to use its two main data centers more fully. The active-active controllers stretched between the sites gave the state an optimal solution for disaster recovery.

Making certain our critical applications have the ability to failover to a secondary location means we are protecting our business from data loss. The State’s current solution provides real-time replication of data in a separate location with point-in-time recovery, which enables us to restore an earlier version of customers’ data. Designing an application for continuous availability begins with network architecture, which the State of Nebraska redesigned in 18 months as part of their consolidation efforts. Consolidation included the infrastructure and the resources necessary for support. The current consolidated organization and infrastructure allow the State to deliver high availability services to citizens in the dynamic and agile 21st century.

Disrupt Your Legacy Application Portfolio to Improve Security And...

Why a Credentialing Strategy Must be Part of Your Digital Strategy

The Convergence of IT with the Internet of Things Innovation

It’s On People: The Undeniable Cultural Impact in a Digital...

A Promising Road Ahead for Insurtech

Bolloré Logistics Australia becomes a global leader in the use of...