The Internet of Things Challenges the World as We Know It

The Internet of Things Challenges the World as We Know It 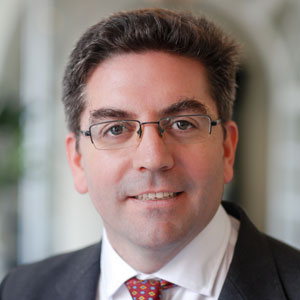 Most of us love sports. Either we practice one, or at least we enjoy watching others play. Sports has been part of our civilization for centuries, perhaps millenniums. But starting a few years ago, sports, like many other social and business areas, has begun incorporating technology. Professional teams have introduced wearable sensors to their players when they train or even during the matches. They complement these with cameras, sometimes even drones, and ubiquitous sensors. There is one soccer coach that also worked as project developer at Google. He even used virtual reality to train players. All this technology generates a vast amount of data. This in turn, is analyzed using tools that generate insights, leading to customized training exercises, and finally better strategies aimed at winning. In most industries, the same applies. Factories, hospitals, transportation, agriculture and many more verticals now use sensors and big data to increase productivity and drive down costs.

No matter how we call this new phase, it is for sure the most profound transformation since World War II​

Some talk about the fourth industrial revolution, a new era of change in which technology and data are everywhere, fundamentally changing our lives. Others, like Steve Case (founder of AOL), talk about the third internet wave. The first wave had companies like AOL and others lay the infrastructure for us to connect to the internet. During the second wave, companies like Microsoft, Google or Facebook built social networks and search capabilities on top of that infrastructure. Now, we are entering the third wave, with technological entrepreneurs transforming the economy and in turn, again, our lives. No matter how we call this new phase, it is for sure the most profound transformation since World War II. We are entering the Internet of Things (IoT) revolution.

This implies a quantitative leap, as we at Frost & Sullivan expect more than 60,000 million connected devices by 2024, with a compound annual growth rate (CAGR) of some 20 percent over an eight-year period. For some categories of IoT, like connected consumer electronics, CAGR can soar up to over 40 percent. But the change is also qualitative. The telecommunications industry had always been about connecting people. But that industry is not growing anymore. The new opportunity for growth comes from connecting things. However, challenges still abound.

The first challenge sends us back to the infrastructure mentioned above. Telecom players, experts and regulators anticipate that 5G will pave the way for IoT. Thus, a new spectrum will be needed for this new technology. But even though this is a wireless technology, a lot of wired infrastructure will also be needed. A lot of fiber will be used to transport the huge amount of data traffic for 5G applications. Connected cars are supposed to be part of those applications, augmented reality and virtual reality too. All of them make an intensive use of real-time data, something the current infrastructure cannot deliver yet, although we will get there soon enough.

The second challenge sends us back to people. With approximately five devices per person in 2024, most exchange of information will be just between machines. Nevertheless, even in such scenario, that communication must be meaningful for a person. Whether it’s the manager of a company willing to increase sales, a client trying to place an order, or a simple human being willing to enjoy the comfort of its smart home, IoT must deliver a solution to a problem. Victory, in sports as well as in the rest of our lives, comes from achieving results.

What It Truly Means For IT Security To Bea Business Enabler

Policy is a Key Solution to Stopping Packaging Waste

Congestion-Driven Basis Risk, A Challenge for the Development of...