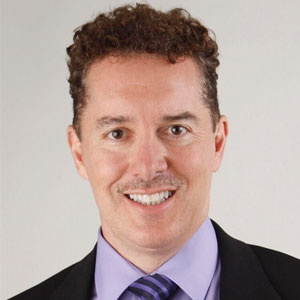 Let’s be clear, regardless of what you’ve heard, the onsite storage systems that reside in datacenters today are not going away anytime soon. There’s no substitute for performance-sensitive, mission-critical applications. Storage systems were taken out of the mainframes of past decades for a reason, to gain performance and redundancy independence from compute systems.

One of the biggest white elephants in the storage industry is that eighty percent or more of the data stored on most storage systems is inactive or “cold”. With the massive growth of big data over the last decade, the expensive design of traditional storage systems just doesn’t make sense for storing data that is not being actively used.

The biggest problem with RAID is that it doesn’t work well with low-cost high-capacity disks. RAID system rebuild times after a large capacity disk failure can sometimes take days. Clearly, this is not a workable solution for deploying a low-cost, high-capacity system.

Houston, We Have a Problem

Storage systems that use forward error correction, or erasure coding, provide a means of making multiple copies quickly from the original data source. This concept was used by NASA to communicate with astronauts on the moon. The original message had enough redundancy built into it that the entire transmission could be quickly rebuilt from a message fragment. Storage systems based on this principle are typically called object storage or a cloud.

Object storage systems are well suited for cold data storage. They work extremely well with low-cost, highdensity drives simply by making multiple copies. If a drive fails, all the information already exists on other drives that can immediately take over for the failed drive. Object storage systems also scale well on general-purpose servers and can grow into very large storage clusters. The core of Amazon S3 and Google storage is based on object storage.

Unfortunately, object storage deployment outside of large cloud storage service providers is relatively new and has not yet reached a point of being considered a mainstream storage platform for most enterprises. The adoption of the technology has been somewhat slow due to a number of factors:

- Gateways are needed to convert file or block storage into objects. Think of the gateway as a language translator. They often introduce another layer of complexity by being an abstraction layer between applications and the object store.

- Performance is not suited to severing hot data, so in their native form, object stores are best for archiving or applications that are not very transactional.

- Installation and migration challenges that come about integrating a different storage technology into existing systems.

The Ideal Architecture is Both Hot and Cold

The idea storage architecture would be similar to a video distribution system. Hot data is kept near the users on very fast media and cold data in stored centrally on a low-cost platform. Building this type of architecture today would combine a flash-based storage array with the intelligence to automatically and continuously migrate data to an object store base on its cold or hot state.

Migration to and from the object store would ideally not be based solely on usage, as most storage and caching systems have done in the past. Since not all data is created equal, migration and movement of data should be based on logical business policies.

Mission-critical data gets the highest performance by not being burdened with coexisting on the same system as cold data. And IT administrators can choose a best-of-breed system to store cold data. In other words, by separating the platforms cold and hot data reside on, an optimal architecture can be achieved.

Digitization Before and After a Global Pandemic

Driving Innovation and Leveraging Stores as a Competitive Advantage