Helping to Break the Bottlenecks in the Rapidly Evolving Data Center

Helping to Break the Bottlenecks in the Rapidly Evolving Data Center 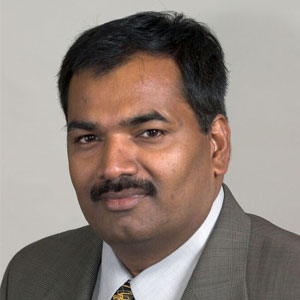 As mentioned before, driving the growth of the cloud is the Internet of Things. According to IDC, “the global Internet of Things market will grow to $1.7 trillion in 2020 from $655.8 billion in 2014, as more devices come online and a bevy of platforms and services grow up around them.” In his Wall Street Journal story "Internet of Things Market to Reach $1.7 Trillion by 2020: IDC," Steven Norton made the following comment: "As the Internet of Things ecosystem continues to grow, companies increasingly will look to platforms and services that help them manage and analyze the streams of data coming from connected cars, thermostats and smartwatches." A large amount of this data is streaming to the cloud.

Mobiveil contribution in this space is to break the bottleneck in the data centers by improving the performance of the data link between the servers and large storage farms. Storage farms used to be made up of thousands of hard drives that each use mechanical actuators to access a physical track on a rotating disk to read data from individual sectors of that disk. The access times to reach individual sectors are on the order of milliseconds. To accelerate this access tenfold, data centers are installing large arrays of solid state drive (SSD) drives. These nonvolatile memory drives store data in semiconductor flash where data can be accessed in improved the user experience for customers due to the speed at which a particular data can be retrieved from the cloud.

Mobiveil’s contribution here is in the form of an implementation of a complete SSD platform based on a new standard called NVM Express, NVMe for short. NVMe sits between the PCI Express interface on the server host bus and the local SSD. Historically, most SSDs used interfaces such as SATA, SAS. However, these standards have failed to keep pace with the bandwidth increases occurring in the data center. NVMe was created to provide a standard with a roadmap that could accommodate existing and future improvements in the storage mediums. Mobiveil NVMe IP was one of the first to meet the requirements of the standard and has been designed into multiple chips installed in data centers. Mobiveil has put together a complete platform with both hardware and software elements that provides our customer an accelerated path to product development. As new standards continue to emerge, Mobiveil will be providing certified IPs and platforms that meets future requirements.

Startups like Mobiveil Inc. are making strategic contribution to IoT and cloud ecosystem suppliers by providing intellectual properties and fully validated platforms for IoT, Cloud, and Data center networking. Mobiveil for example is providing intellectual property that enable new semiconductor devices to increase the bandwidth of the communications links transporting IoT information into and out of the data center. A Carnegie Mellon study found that for I/O-intensive workloads such as cp, PostMark, and MySQL, NVM provided an order of magnitude improvement in performance. For data centers doing e-commerce, Internet searches, fraud detection, and other data mining operations, this performance boost has a huge positive impact on their operation. To get to the storage farms in these large data centers, there are two paths. One originates from the huge installed base of smart mobile devices coming in wirelessly. The other originates from wired connections from the equally large installed base of PCs. Gating the flow of data over the wireless and wired infrastructure are two interfaces that have continued to evolve to handle the increase in bandwidth demand as the numbers of network nodes continues to expand. For the wireless domain, the interface at the center of data movement is RapidIO. For the wired domain, the critical interface is PCI Express (Peripheral Component Interconnect Express). Both are backed by standards organizations that extend these interface standards as the network experience an increase in bandwidth. Currently, RapidIO is at 10Gbs and PCIe is at 16Gbs.

Mobiveil’s contribution to this part of the network infrastructure is to provide semiconductor companies designing chips the PCIe and RapidIO interfaces intellectual property to incorporate in their design. Companies license Mobiveil IP rather than build it themselves to save the engineering resources required to build the interfaces and perform all the certification needed to ensure their design meets the interface standard. This allows the semiconductor companies to concentrate on designing unique capability that provides competitive advantage rather than consuming resources to build something that by definition is a standard used by everyone. By investing in new innovations Mobiveil is able to accelerate customer development Cost effective and predictable.

How Path To Production Ensures Safety And Soundness On Our Digital...

Bringing People And Technology Together

Reaping What You Sow From Cloud Computing In Variable Industries